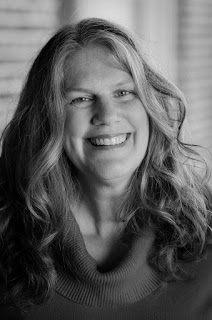 Kimberly Hahn is a Catholic apologist and author. She is the eldest child of Jerry and Patricia Kirk, and is married to apologist and author Scott Hahn.  Hahn was born into a Presbyterian family and her father was a minister. She studied Communication Arts at Grove City College in Pennsylvania, graduating in 1979. She married fellow student Scott Hahn on 18 August that year. She then worked as a secretary for a year while her husband began studies for a Master of Divinity degree at Gordon-Conwell Theological Seminary. She enrolled the following year and earned a Master of Arts in Theology in 1982.While studying for her M.A., Hahn carried out research into the history of Christian attitudes towards contraception. She discovered that every Christian Church without exception had condemned the practice until 1930, and that some of the most famous Protestant reformers Luther, Calvin, Zwingli, and Knox — had condemned it strongly. She also read Catholic author John Kippley, who likened contraception to the practice of feasting and deliberately vomiting. At that stage, Scott and Kimberly both had strong objections to many Catholic teachings, but, after prayer, Bible study, and reflection, they both became convinced that on that issue, at least, the Catholic position was biblical. They changed to Natural Family Planning for a while, then decided to leave the timing of pregnancies entirely to God. Their first son was born on December 4, 1982.  Scott Hahn was received into the Catholic Church at Easter 1986. His reception caused a great deal of distress to Hahn, as described in their book, Rome Sweet Home. However, after struggling for a few more years with issues such as transubstantiation and, in particular, the veneration of Mary, she was herself received into the Catholic Church at Easter 1990.

For information or to ask a question:
contact@magnificatmorgantown.org