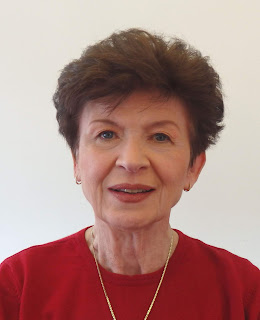 When  Mary Rutkoski's husband, Thomas, died on June 7, 2011, she automatically became the president and CEO of two nonprofit organizations he had founded - Gospa Missions and Abode for Children.  This turn of events was completely in God's hands.  Never could she ever imagine spending her life in this role.  But she has learned that God does not require our permission when He chooses to act.  The eldest of eight children, Mary grew up in a large Catholic family.  Her mother was the eldest of fifteen!  Attending only Catholic schools, she thought the whole world was Catholic.  She earned her B.A. in Spanish from Mount Mercy College (now Carlow University) in Pittsburgh, in 1968.  Yet immediately upon graduation she stopped going to Mass.  Her first job was with the Gulf Oil Corporation, traveling across the entire country and even Puerto Rico (thanks to the Spanish).  Soon Carlow College called and she was offered the job of Director of Alumnae Relations at the ripe age of 21.  A few months later she met the man who would change her life forever.  Thomas and Mary were married in 1972, in a Baptist church by a Protestant radio evangelist.  And they lived without God in their lives for eighteen years.  Until one day in August, 1987, when Tom heard God speaking to him.  Nothing would ever be the same.  Tom experienced a dramatic conversion and Mary was not happy with his sudden transformation.  It took Tom eight years of praying and fasting for God to soften her heart, but He did it.  In those eight years Thomas had become a noted evangelist traveling all over the world to share his amazing conversion story.  Mary went everywhere with him, living a story that would challenge the credulity of any sane person.  But she wouldn't change a minute.  She'll tell you why.

Email ThisBlogThis!Share to TwitterShare to FacebookShare to Pinterest
Newer Post Older Post Home
Our Next Prayer Breakfast
To Be Determined
9:00am - NOON
Speaker: To Be Determined
*Please note our change in location venue to Atria's Restaurant, Morgantown, WV*
(Click here for directions)
Online Registration is now closed.
For further information please call 304-296-8950.

For information or to ask a question:
contact@magnificatmorgantown.org